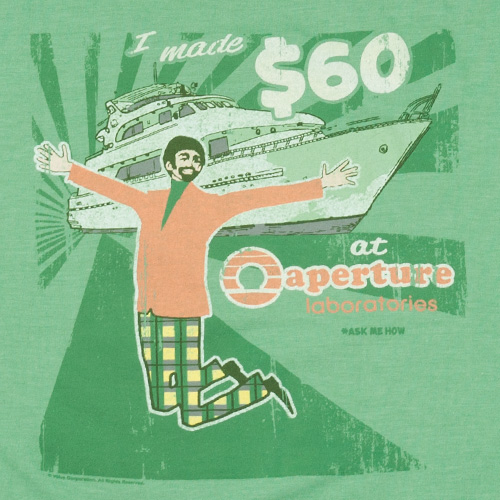 So, the lottery was up past a billion and a half dollars recently.

Now, many people would ponder what to do with all that money, and I joined in on the fantasizing along with everyone else I know. I thought of mansions and caribbean beaches and paying off my family’s mortgages, etc. etc. etc. But there was something else I kept coming back to: I, like many, was focusing on the tremendous upside of winning all that money, but in the back of my mind was reminding myself that there’s a downside.

“A downside to being a billionaire?!” you say, realizing that, after taxes, and the fact that there were multiple winners to split the 1.5 billion between this time around it would be closer to 300 million when all was said and done. And then realizing that it’s beside the point, stop digressing and admit that your net worth suddenly jumping to 9 figures is just as significant as it suddenly jumping to 10.

“Yes” I say. A downside. Several downsides. And almost all of the downsides I kept thinking of had little to do with long lost family members and old high school buddies who suddenly remember your name, pretend to like you, and oh, by the way, have terminal brain/pancreatic/colon cancer and really need a “loan”. And, aside from those annoying downsides were the added downsides of hearing about past lottery winners having their marriages destroyed or their kids or their spouse or themselves die from drug overdoses or committing suicide from the stress or something equally self-destructive.

Instead, the downside I worried about the most to being a multi-millionaire was that fresh target on your back. Not a week went by since the Powerball was won that I saw a winner of a much smaller lottery jackpot in the news killed by a brother-in-law over the money.

So, I’ve been moving an old WordPress blog over into this one, and realized that I had apparently never finished writing this post: I mean, what in the world could that post title mean?! Who in the hell are those people?

Well, I can tell you who JJ Luna is, and why I mentioned him: He is the author of a few books on privacy. Basically, how to keep as low a profile as legally possible in this day and age: keeping your name, your actual street address, your properties, everything as separate and shrouded as you can.

And with the subject being what can happen to you when you suddenly become a billionaire, it seems pretty obvious why that could be a desirable thing. His biggest piece of advise is to keep your legal name and your street address apart: nobody but you will know where you actually live. It is, esentially, the first domino in a long series that, if you can keep it from falling, stop so much else from giving you problems.

Very helpful if you were to suddenly become rich – no worries about the Media camped outside your house/office/kid’s school if they look you up and only get a P.O. Box, or better yet a “Ghost Address” that turns out to be an empty apartment in another state having its mail forwarded to a handling agency.

Neil Strauss is a writer who, shall we say, tends to dive into his subject matter whole-hog: he has written a few biographies on rock stars, actresses (I think?), and dove into the Pick-Up Artist community to write “The Game”. But to the subject at hand, he also dove into an interesting patchwork of subjects that included sovereign citizenship, doomsday preppers, privacy junkies, and oddball millionaires and came out with a book called “Emergency: this book will save your life”

In it, he explores all the things these people do to prepare for when T.he S.hit H.its T.he F.an: being anything from a 3-day power outage all the way to full-on collapse of modern society as we know it.

It is a fun read, and by the end of it, he had not only attained dual-citizenship and a residence in an obscure but gorgeous caribbean island, but also got an LLC set up to separate all his assets from his name, another action JJ Luna also recommends.

What’s that do for a would-be future billionaire? Well, if someone ever decides to fraudulently sue me for all I’m worth, all they can get is what’s in my name (which at the moment includes my house and both my and my wife’s car). This is not all that likely to happen to me now, since the effort to bring a fraudulent case like that isn’t worth the gains. But if I were a billionaire, now you got a target on your back for anyone who wants to start throwing lawsuits at you, hoping you’ll just settle out of court for a few hundred grand.

However, if you yourself don’t actually have that money in your own bank account, then suing you will make it waaaaaaaaay harder to actually get it. Now, they have to find out where that money actually is, etc. etc.

Well, being that this was roughly 2 years ago, I’m guessing it had something to do with Fallout 4.

Aaaaaaand, I got nuthin.