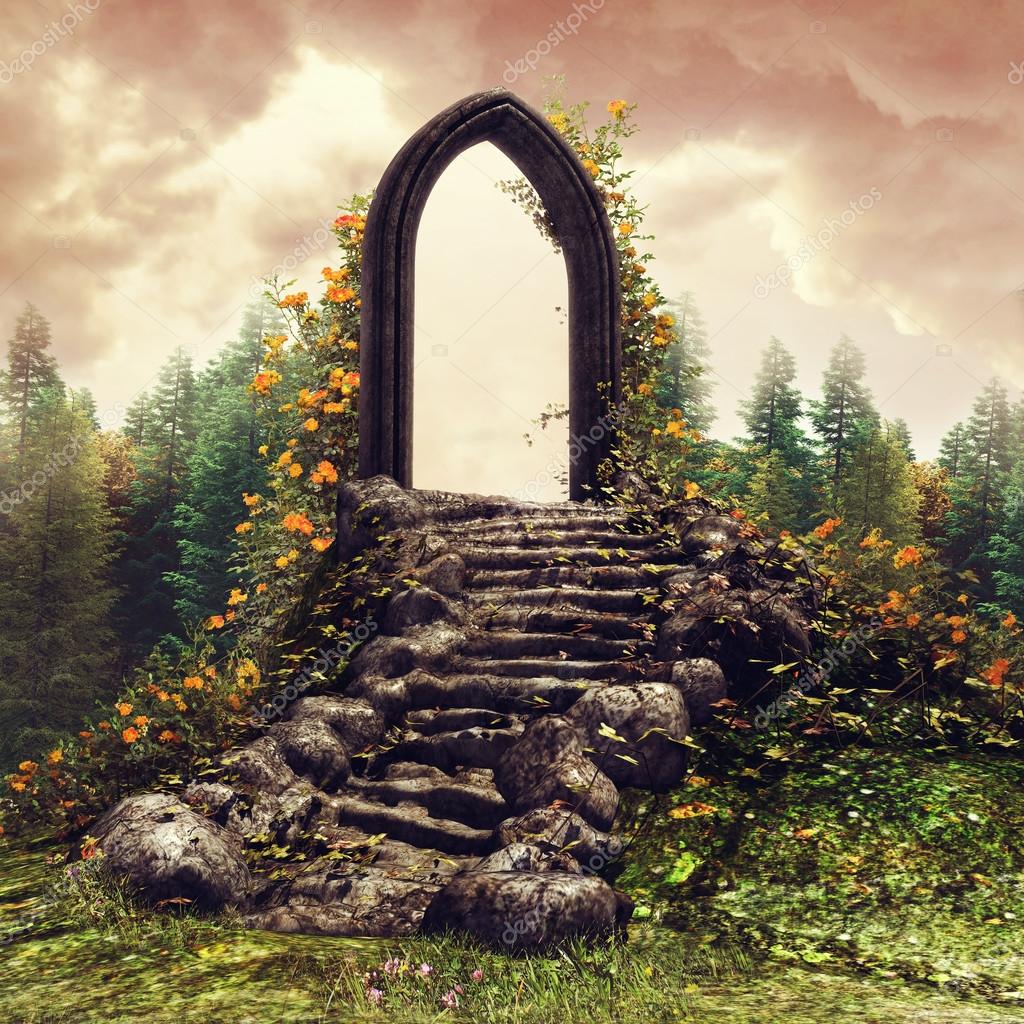 As the party finally makes it to the mainland and sees dry land ahead for the rest of the journey, everyone decides to spend that last morning on the shores of the sea taking leisurely walks and enjoying the beach before heading on inland.

As Merrick finds himself strolling along a cove, he suddenly finds himself walking what feels like laid-out paths: although obscured by sand and brush, he can make out the details of what were once small foundations and paved streets. As he walks the layout of what was long ago a settlement, it dawns on him that the layout resembles that of an Elven village.

He instinctively makes for where the center of the village would be and finds a somewhat intact foundation covered in shrubs.

He may not know the pantheon all that well, but he can still tell that once stood here was a temple of some sort, and hidden in the shade of brambles and the occasional windswept tree, he sees a faint glow. There, near the back of the structure, an iron-wrought and stone doorway stands; decorated with intricate leaf patterns and reliefs and glowing runes.

Merrick can just make out enough of the inscriptions to recognize that this was an Elvish portal connecting to the temple catacombs for a prominent family. As he deciphers the script, he can make out the command word to open it, he backs up and speak in Old Elvish aloud what translates to “The children of Moon Glade will pass”.

As he speaks, the archway gives off a strained pulse, as if firstly awakened from millennia of slumber and the archway snaps to life, forming a mirror-like rippling surface in the doorway akin to the Hub Gate in the longhouse back home.

Transfixed, Merrick approaches the gate, but as his hand makes contact with the rippling surface, he is suddenly thrown back by a burst of light and sound.

Merrick crawls out of the bushes yards away from the archway in time to see the portal slowly fade and finally vanish from view in the span of a few minutes. He stood there confused for a moment. Finally whispering aloud to himself

“I don’t get it, I managed to say the right phrase, and the portal opened… why wouldn’t–”

Then he realized the problem. That phrase that opened the portal wasn’t just some pretty language. He thought it referenced the passing of their kin on to the afterlife, but it had a double-meaning: only the bloodline of that house or clan can pass thru the archway to their family catacombs beyond.

And Merrick was decidedly NOT a child of Moon Glade, it seemed.