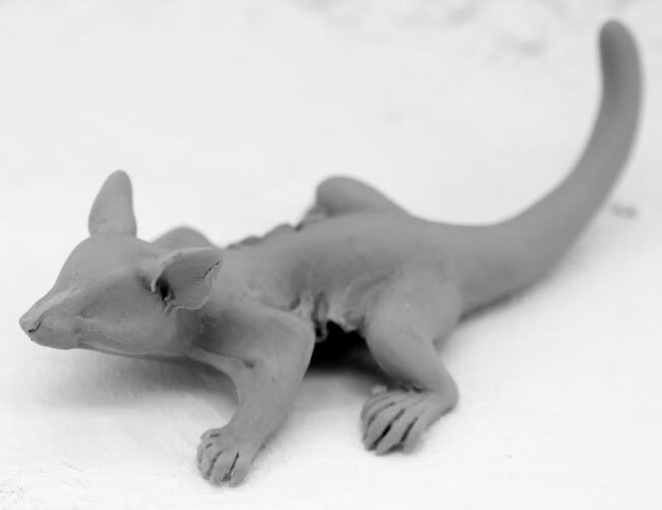 “So, I get to watch a brand new spell in the making, huh?” Galen quipped, trying to break some of the tension threatening his resolve. Although he himself wouldn’t be in any danger, he couldn’t help but think back to the week before when he joined Alarius on a visit to the forest elves where he witnessed their druids obtain one of the key components of this spell: the mandrake root.

The unearthly scream it made was deadly at close range, but even at the distance of 100 paces away it was still ear-splitting. Watching their ‘gardener’ so nonchalantly rip it from the ground and make quick work of rendering it safe with the benefit of a protection spell was still an unnerving memory.

If that’s what it took to just gather the ingredients of this spell, he was still guarded as to how dangerous the actual casting could still be.

“Well, not new. It is an old spell, and I had seen it performed on one occasion, it is just new to me.” Alarius assured him. “What with Lucius being my ever-present and willing companion, I had never found myself a reason to cast it myself, but from how our friends in the town below described the state of things in Balwards old complex, the fruits of this spell would appear to be ideal.”

“Right.” Galen nodded, “A sort of familiar in its own way, but something with more range, as you said?”

“Much more than that, my lad. An Homunculus is nothing short of an extension of the caster. Whereas a familiar is an independent creature that chooses to bond with a wizard, the result of this spell will be a small sliver of my being given form and a small amount of autonomy. It will share its thoughts, memories, and senses with me innately. And, as you correctly point out, the range is practically limitless!”

Galen gives a nod, then a small smirk makes his way onto his lips. “..practically? A bit of an imprecise word for a wizard, wouldn’t you say?” He cannot help but give his master a little ribbing every so often.

“Well… if I remember what Jadzia had told me when she had created her own, it wouldn’t keep its connection when she were to venture to the elemental planes. But good catch!” he adds with a wink to his rather astute pupil.

With that, the preparations were complete and Alarius now stood before a workbench: cleared of all the books and vials and beakers and in their place a curious figurine of sorts. Made of a very specific mixture of clay, ashes from sacred and enchanted woods and incense, and most importantly, a pasted mandrake root holding it all together into the rough shape of what he had let the elves of the forests choose – that of what could be described as a sugar-glider.

As Alarius began the incantations, Galen looked on: mesmerized by the sight of the archane energies flowing into the figurine before him. As he spoke the words, he slowly reached for his belt – unsheathing the beautiful handiwork of Cash in the form of a jewel encrusted dagger. With the final incantation, Alarius plunges the dagger into his forearm over the clay form, spilling his blood over it.

Galen snapped out of his role as mere audience to this feat and sprang to his master’s side, holding the bandages he had been told to prepare at the ready. Not daring to interrupt, he stayed as near as he could without risking a break in his concentration.

For a long moment, Alarius held his impaled arm over the figurine, letting his blood and life-force drip into it. Sensing that it had enough, he withdrew the blade from his own arm and immediately plunged it into the figurine. He withdrew it just as quickly, making sure to use the clay/ash/root mixture to clean the blade as he did so.

With that, he stumbled a bit back into Galen’s waiting arms where he deftly applied pressure to his wound and began the process of dressing the gash in his arm.

“GEE, I can’t IMAGINE why you’d never bothered to cast this spell before!” Galen sarcastically bellows.

As the two pull back from the table, the figurine begins to sizzle and twitch. It seems to almost boil in place, producing strange creaking noises and bubbling pops as it takes on a glow that rapidly spreads into a blinding incandescence until, with a flash, in it’s place there is a small creature.

It is about the size of a squirrel – slate grey fur streaked along the length of its back with black lines and a white underbelly of fur. It sniffs about with it’s fox-like snout about the table, it’s large bat ears turning this way and that, and excitedly glaring about with enourmously proportioned eyes.

It finally spots the pair next to the table and in a fit of exuberance suddenly takes to the air! Zipping about the two, it finally comes to hover before Alarius, looking at him expectantly.

“Well well, the two of us do look a bit worse for the wear, don’t we?” Alarius says to the little creature.

“So…” Galen start to try to say something about the rather intense events, but with several thoughts fighting for control of his tongue, he can’t think of what to say next.

He eventually blurts out “…I guess it worked, then?”

Alarius seemed transfixed with his new companion, watching it flit about the room as a child would gape at an exotic new pet they had just befriended. “Remarkable! …the interaction of senses.. thoughts… it’s seemless!” He begins to giggle a bit despite himself.

“…and the wound? You said it won’t ever fully heal, or something?” Galen says with no small amount of concern as he looks to his master’s arm.

“No worries about me bleeding all over my papers for the forseeable future, dear friend. The wound itself will heal well enough, but I myself will not recover my full life force. That will be the case as long as the Homunculus persists.”

“Well, that *some* good news, I suppose.” Galen says with a weak smile. “I guess I am constantly reminded of how much more there is to wielding magic than just spouting pretty words in the right order. Not to say it would’ve changed my mind about dedicating my life to its studies. I sometimes wish the world knew a little more about the sacrifices you wizards-”

With that correction, Galen full on blushes with the compliment as he silently helps him to his feet – nothing more needing be said.