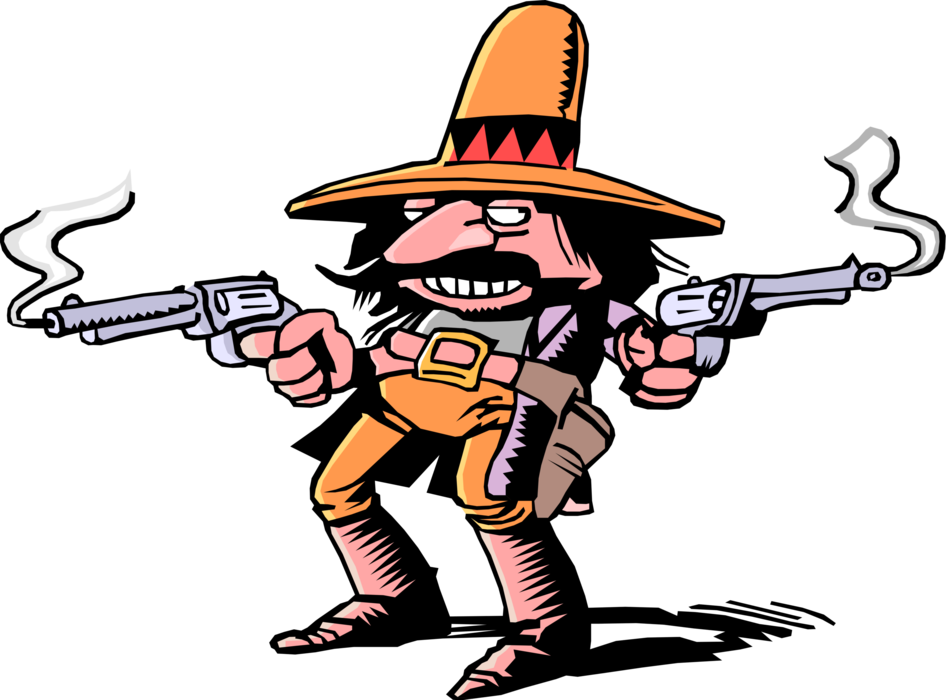 To all of you who own guns in America who consider themselves responsible, I have some interesting news for you.

You’re not a responsible gun owner.

Now, now, don’t get pissy. It’s not your fault. And I’m not implying that you are a bunch of lunatics waving your pistols around in the air, firing off rounds to the rhythm of la-cucarocha. What I am trying to tell you is that if you do decide to do that, you will not be held responsible for the consequences.

In short, you are not responsible gun owners BECAUSE it’s not your fault.

Say you are what you consider to be a responsible gun owner. Say you’re hungry. Hungry for, hypothetically, country fried steak. And, hypothetically, you also wish to dine in an establishment that serves this country fried steak with mashed potatoes and, perhaps, those flat green beans that are boiled to the point that they barely maintain structural integrity on their way from the plate to your mouth. And, while you wait, you desire to test your I.Q. by way of how many golf tees you can eliminate on a triangular-shaped pegboard. Hypothetically.

Oh, and hypothetically, you also decide that after dinner, should the need arise, you would like the option of purchasing, along with your meal, a t-shirt advertising a train company from the 1920’s, some rock-candy, and a brain teaser puzzle consisting of two horse-shoes welded to some chain and a steel ring betwixt them.

Now, being a “responsible” gun owner, you of course decide to take your gun in with you. Wouldn’t be responsible of you to leave that bullet-chucker in the car, or at home, oh no.

But, being “responsible” of course, you have a handy dandy holster on your belt designed especially for holstering fire-arms. Lucky you! How much more responsible can you get?

After your meal, you get up to pay, walk toward the cashier and BLAM!!!

Suddenly, a gun goes off in the restaurant! The man standing next to you is HIT! He goes down! He’s been shot!!! QUICK! SCAN THE ROOM, FIND THE CRAZED SHOOTER!!! NOW’S YOUR CHANCE!! You reach for your gun and—

it’s on the floor.

right next to you, smoking from the barrel.

Guns don’t shoot people… except when they do.

What does this prove, you may ask? Read the article. Particularly that part at the end where it says no charges were filed. Nobody was charged with anything.

Nobody was held responsible. And that’s my point. You can ACT as responsible as you like, but if anything actually goes wrong, you AREN’T HELD RESPONSIBLE. So, you are not a responsible gun owner. No one is. The man in the story could’ve walked into that Cracker Barrel with a AR-15 with the safety off and the strap held together with a bread tie and stood in the middle of the room doing jumping jacks until it popped off and started spraying the room with lead and would have been held just as responsible as this guy, who had his weapon holstered.

And that amount of responsibility he was held to was exactly ZERO.