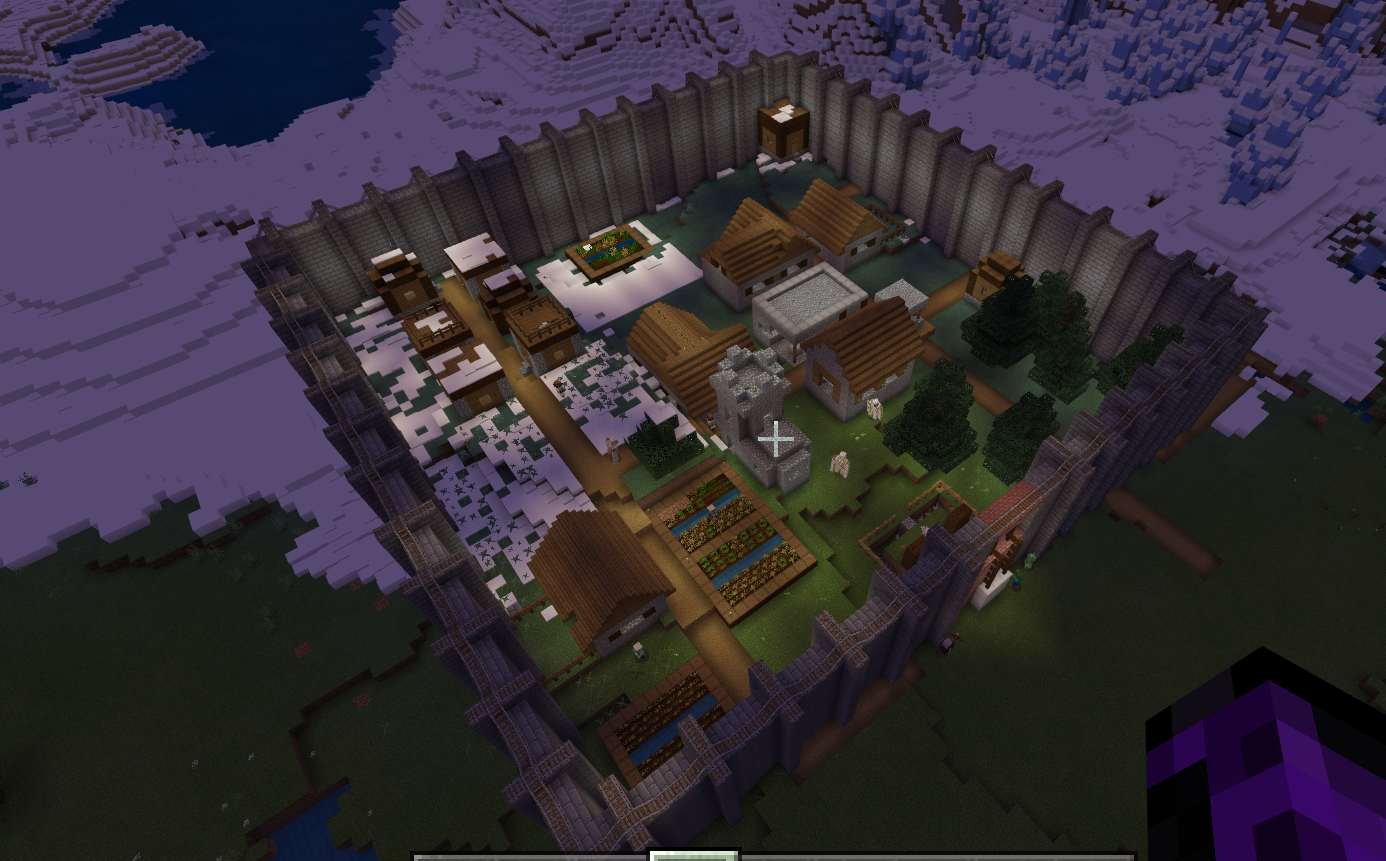 So, I have been playing minecraft again lately. I’ve discovered how much my original world I spent my time in was keeping things from me: namely it never spawned Villages, and… strongholds.

That last one is important. While no villages ever spawned, I was able to build my own village by curing zombie villagers. But, strongholds are the only place in the game to find end portals. Unlike nether portals, you cannot build your own portal to the End dimension, so you have to find them in strongholds.

I found my first stronghold about a month ago in a new world I was exploring, and also found way too many villages to even count. But those aren’t the reasons I’m posting: I wanna talk inventory.

I got obsessed with how I can load up my character to carry everything I would ever need. It started with what the character could carry by itself and slowly expanded from there. Since I can make ender chests (I hadn’t been bothering cuz I was saving every ender pearl I got to activate the end portal before now) I’ve included the following: 27 slots in the ender chest, 27 slots in the player inventory , 9 in the player hotbar, and one slot in the offhand which I’ll ignore for the time being as my version only allows holding a shield, maps, or a totem of undying.

Now, there are things called “shulker boxes” which can hold their inventory and be placed in inventory, but I’m not counting them here cuz one can only find them in the End dimension, and you cannot return from there until one has defeated the End Dragon… Which I have not.

So, here’s my loadout, complete with my reasons for including each. Starting with my ender chest:

Okay, that’s the inventory for the ender chest. Now for the player inventory:

That’s the inventory for the player, here’s what I like to have in my hotbar:

And finally, what to wear when out an about town: