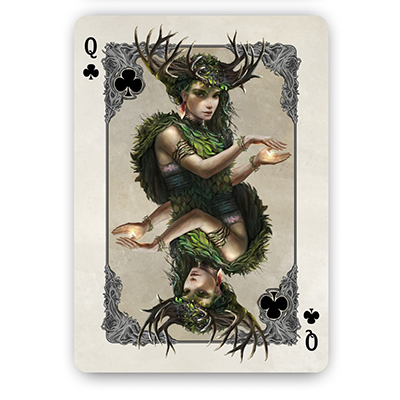 Another day begins at the Toothless Dragon. Another morning of dodging goblins as they run past in play or work was always a challenge to decipher. A particular knight sits enjoying his breakfast after completing his morning duties at the stables. He sits at a table, alone.

The tall woman slides her dark her behind her pointed ear as she approaches with drink in hand. “Mind if I join you or is this seat taken?”

Merrick gives an absentminded blink as he realizes the lady was addressing him; his thoughts miles away suddenly snapping to the here and now, he shakes his head as if bolting awake from a nap.

“OH! sorry, I was… By all means.” He eventually manages to blurt out as he rises to offer the woman a seat. “Company is always welcome, miss …er, I’m afraid this town is growing too fast for me to keep up with all the new faces. What might your name be?”

The lady pulls out a chair to sit. A couple of goblins run past momentarily blocking her way. She gives an a charming giggle at the pair.

“Charming aren’t they. I must admire their childlike behavior and their limitless energy. Almost makes me want to adopt a few.” She crosses her legs as she turns towards Merrick.

“Apologies. I just arrived in town. This place isn’t quite what I expected.” She takes a sip from her drink.

He gives a sly grin as the two goblins dart around the table, arguing over whose turn it was or somesuch. He raises his eyebrows at the question,

“Well, what with the current diminutive crowd around here, you might know me better as ‘Loses at Darts to Dragons’. I must admit it does roll off the tongue just as well.”

The goblins stop and gives what can loosely be interpreted as some sort of military salute towards Merrick.

‘Yep! Flew the broom! Fight the monsters he did!’ The pair scamper off as they begin a mock sword fight with wooden spoons and sticks, or a real sword fight. It’s hard to tell.

Merrick leans back in his chair with an easy grin on his face as the goblins recount his deeds. It’s amazing what would barely be a footnote in one person’s story is the crowning achievement to another’s. They never seem to recount the moment in that same encounter where he quaffed a potion and breathed a stream of fire. Ah well.

The woman chuckles “No. I can’t say that it does. But you appear to be pretty famous around here Mr. ‘Loses at Darts to Dragons’. So you fight monsters, fly on brooms was it? And lose at Darts. What else do you do around here?”

“What else do I do?..” he leans make and makes a looooong exhale as he begins to try to piece together all that he’s seen and done in the short year he’s been here.

“That might turn out to be quite the long list if I think too long on it, but day-to-day I manage the stables in town. Although I could call myself a man-at-arms, fortunately we have a separate detachment of soldiers in the Keep nearby that handles all the *official* stuff. And frankly I am glad for that, since if I were a part of the constabulary I’d have to watch over these mischievous lot” he adds, tossing a glance to the goblins.

At the quick glance the goblin cease their fight and salute once more. From the doorway another goblin pokes her head in. “Hey. ‘Snores like Bees’! ‘Eats Dirt For Breakfast’! There is some fresh muds out here!”

The two little warriors trip over themselves to get to the door and the prize outside. The woman chuckles once again before turning back to Merrick. She leans back in her chair.

“Sounds like honest work. Are you referring to the fort outside of town I saw on my way in? Quite the military presence. What would you need such a force for way out here?”

Considering what Merrick sees directly over her shoulder as she asks that question, Merrick tries to stifle a bit of a laugh.

“Not to be too blunt, but one such reason is the namesake of this establishment mounted on the wall over there.” Merrick says as he gestures to the monstrous head displayed above the bar behind her, also noting with bemusement that he is using a goblet fashioned for him out of an enormous bird talon to do it.

The woman turns to admire the trophy proudly displayed on the wall. “Impressive. Explains the troop numbers. Did you take the the creature down yourself?” She asks with a wink as she takes a sip from her drink.

“And if I may be so blunt, I saw your little tussle with the redhead the other day. Girlfriend problems?”

Merrick breaks out in a laugh that’s a little too loud, but quickly recovers himself.

“but, yes, you could say that it was a problem, that a girlfriend of another friend of mine… “

“…is having.” He eventually rambles to a stop.

She cocks and eyebrow and attempts to follow the logic and lack of context. “Soooo your friend is having girlfriend problems and you are the one that ends up with wine on their face? Interesting. This place is getting more interesting by the day.”

She sets her cup down. “I also hear you are a bit of a gambler of cards. True?”

Merrick assumes an air of exaggerated naiveté “Oh, you mean those funny rectangles with the cute symbols and tiny portraits? Yes, that is a strange pastime some people have, what with passing them back and forth.”

She laughs a little louder than intended but smiles through regardless. “We shall have to play sometime. Perhaps I can teach you. I even learned a new game from a few new friends I met.”

The woman stands. “This has been indeed pleasant but I must be going.”

She raises her glass. “A toast before I go. May there never be a dull moment.” The woman finishes her drink in one gulp then turns to leave and as she walks away, saying:

“You can call me Alissa.”

Merrick’s easy smile stays a second after her departure, then it slowly melts off his face to reveal open-mouthed shock as it slowly dawns on him who, or what, he had been having a conversation with. The dumbfounded look lingers as ‘Made that Face Until it Stuck’ dashes up to him.

“I’ll fetch more mead for you if you let me have some this time, ‘Loses at Darts to Dragon’!” she offers.

Merrick slowly nods to her as he says “I might have earned myself a different name this morning.”

“How about… ‘Flirts With Disaster'”